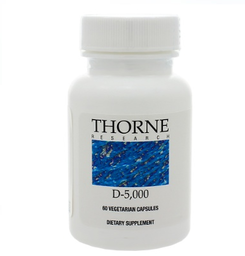 Many people are now familiar with the idea that vitamin D is very important and that it is made in the body via sun exposure. They also have learned that vitamin D is essential for the immune system in the winter months when sun exposure is less, and the angle of the sun’s rays limit the amount of necessary ultraviolet light, which is essential for the conversion of cholesterol into vitamin D (specifically its D3 form called, cholecalciferol). The importance of vitamin D has also been recognized by traditional doctors who now regularly check its status on their patients as part of a routine blood test.


Knowing the importance of vitamin D is wonderful, but simply taking it when your levels are low, can be harmful. Why? Because it does not work alone.
Vitamin D is responsible for increasing intestinal absorption of calcium, magnesium, and phosphate, and has multiple other biological effects. These additional effects can be so powerful on a cellular and tissue level that some in the nutrition field are pushing to have vitamin D reclassified as a hormone.
It is the influence that Vitamin D has over bone concentrations of calcium that will determine whether supplementation of D is beneficial and proper. When ingested, vitamin D binds with calcium in order to perform its many beneficial functions. If blood calcium is bound, and therefore unusable, it will not bind with vitamin D and a host of unwanted physiologic changes occur.


When Vitamin D Supplementation is Harmful
There are four different scenarios where taking vitamin D becomes harmful. Three have to do with calcium and one has to do with the vitamins A and E. Calcium is necessary for vitamin D metabolism and utilization by the body and vice versa. So, the person who takes vitamin D and 1.) has low calcium levels or 2.) is full of bound, and therefore unusable calcium (as with too much dairy consumption), will pull calcium from their own bones. 3.) The person who is simply taking too much vitamin D will also pull calcium from their bones causing a state of hypercalcemia, which can lead to kidney stones and/or heart or kidney dysfunction. Finally, 4.) since all essential elements within human physiology have partner/counterparts, what I call the, Teeter-Totter Effect, if D is too high, it can cause a relative deficiency of either vitamin A or vitamin E. These two vitamins have profound effects on skin, vascular integrity, eyes and resting muscle tension.


How Much Vitamin D Should I Have?
From the perspective of a blood test, the optimal range for Vitamin D is between 45 and 55 ng/mL. Many in the natural health field suggest levels higher than this. I don’t. I have repeatedly seen, and had to correct, many patients who were taking vitamin D because of low blood test levels who, unknowingly, were making themselves sick, causing rashes, draining their energy, becoming constipated, and suffering from insomnia, because their calcium levels were not balanced at the same time. So, even though there was a legitimate clinical reason to take vitamin D, patients were harming themselves by doing so.
Where other practitioners go wrong is that they assume the patient’s calcium levels are fine because they appear so on a blood test. However, blood tests only tell you the gross level of the nutrient, not whether your body is actually processing the nutrient. As described above, calcium is often “bound.” In this state, it is useless or even harmful, which is why your kidneys attempt to excrete it. Complicating the issue further, the blood concentrations of major minerals like calcium and magnesium will not be outside of normal blood ranges unless a significant functional imbalance or disease process is present, whereas the B-vitamins and the fat-soluble vitamins, like vitamin D, will show imbalances more clearly on blood tests.
“But I take calcium with my D.” I hear this one a lot. However, taking bad calcium is just as bad as not having enough calcium. Coral calcium, which is mostly calcium carbonate, is chalk, and is one of the worst forms because it is difficult for most people to metabolize (this has to do with the high alkalinity of the calcium and low acid levels of the stomach). In these varied instances, muscle testing becomes vital as an evaluative tool, making sure that what you take will truly be to your benefit.


Can I Get Enough Vitamin D From My Food?
No. Most people need between 2000 – 5000 ng/mL of vitamin D per day, depending on the time of the year. Foods come nowhere close to these levels. Sun exposure is essential. Thirty minutes of direct sun exposure 3 or 4 times a week is required. This is even more true for those in northern latitudes. In these areas, the tilt of the earth during the winter means that no UV rays directly hit the earth's surface and consequently, no vitamin D is produced by the body. Those with dark skin who live in northern climates need to be the most concerned, since they do not produce vitamin D as efficiently as lighter-skinned people.


What About Skin Cancer?
This is a real concern for many, which is why the rule for the general population is to keep exposure to direct sunlight limited to only 30 minutes at a time. Interestingly, one of the ways natural healers have prevented sunburns in the past was by telling their patients to take 2g of fish oil and 500mg of calcium citrate before they went into the sun. Doing so provided protection against burns far better than even strong sunscreen. Why? Because direct sun exposure triggers vitamin D production, and if proper calcium and good fats were present in sufficient quantities, then the newly created fat-soluble vitamin D would go right to work protecting the body in a myriad of ways, including promoting skin vitality and healing. It is no surprise then that researchers have discovered that burn victims who had normal vitamin D levels in their blood, had far greater rates of recovery and far less scar formation than those with inadequate levels.


Other benefits of vitamin D include:

Keeping your vitamin D levels in their optimal range is just one of several nutritional health pieces that will greatly improve your quality of life and reduce your risk for debilitating illness. Finding out if you need vitamin D and/or any of its teeter-totter companions, can be done quickly during a regular visit in our office.


Please see the Health101 section of DrScottMonk.com for more information.