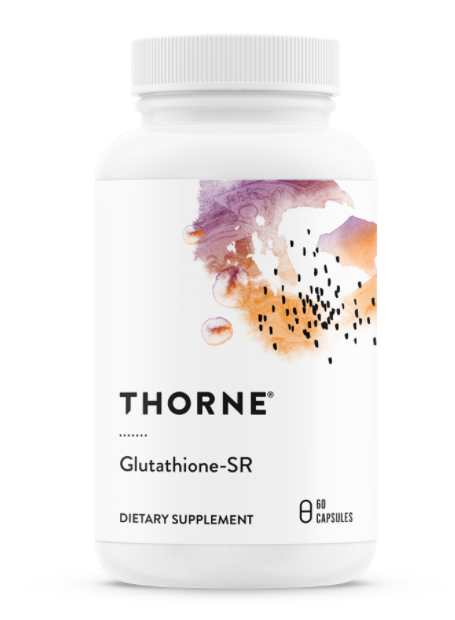 A sustained-release glutathione for antioxidant support*

​
The process of aging is associated with increased oxidative activity and decreased levels of reduced glutathione. This appears to be especially prominent in individuals experiencing a decline in cognitive function. Conversely, those living over 100 years tend to have higher glutathione reductase activity. Patent-pending Glutathione-SR from Thorne Research represents a breakthrough in glutathione supplementation. Its sustained release properties protect it from break down by stomach acid and digestive enzymes.
Add to Cart